Stand United in Support of Your Team in Matchday

it distils the essence of football culture into a competitive format that lifts you out of the spectator stands and puts you onto the pitch. Align yourself with one of two different sides at the start of each event, wherein every perfectly placed pass and show-stopping goal you unleash contributes points toward your side’s victory.

Stand alongside PES newcomers and seasoned veterans alike as you work together to gradually build an advantage for your side ahead of the grand final of each event. In football, players score goals and goals win games, but no one player or single goal carries a team through an entire championship — you need something more. This is your chance to be that something. Join a side and be the difference that matters in Matchday this September. 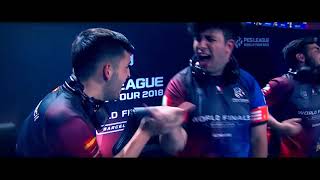 Once you’ve aligned yourself with a side, you’ll then face off against members of the opposition in Group Matches to earn Event Points. The side with the most Event Points at the end of this phase will enter the Grand Final with an advantage.

You’ll earn points even if you don’t win, so be sure to play as many matches as possible to ensure your side stands in good stead ahead of the Grand Final.

As the event draws to a close, the results from all Group Matches played during the event are analysed to find the best performing user from each side.

These users are selected as Representatives, thereby earning the right to compete in the Grand Final on behalf of their chosen side. Win or lose, all Matchday participants will receive rewards for their efforts after the Grand Final finishes; however, to the victor go the more impressive spoils. The Grand Final will also be viewable via a livestream feed in Matchday mode, so be sure to add your voice to the roar of the crowd in support of your Representative.